President Obama was scheduled to speak at my alma mater today. But as Hurricane Sandy made it increasingly clear she was up to some very nasty business, Obama canceled his plans and flew back to Washington. I found out about his departure from a young student as I turned into one of the university’s many parking garages. “The president had to go” she told me. “Romney’s campaign would’ve bad mouthed him if he didn’t.”

Now I have no way of knowing if this would have been Mitt Romney’s response had the president gone ahead with his speech before flying back to the capital. But it wouldn’t have surprised me because for the past four years, I’ve heard again and again how Mr. Obama does nothing but play golf, go on the Letterman Show, vacation in Hawaii, take his dog for a walk, ad nauseum.  Of course,  those keeping score need only look at the record to find that George W. Bush took 1,020 vacation days during his eight years in office, more than any U.S. President since Herbert Hoover. But I don’t really give a damn whether it was Mr. Bush or JFK who took all that “time off.” First of all, when you’re president, you’re never really on vacation; the briefings don’t stop and the Secret Service is ever present. In addition, presidents need their days off. Relaxation is key to handling stress. The better rested a president, the better his/her decision making skills. That being said, I don’t recall anyone in the Republican party bemoaning the fact that Mr. Bush spent so many days at his Texas ranch. Yet the moment President Obama steps onto a putting green, vast platoons of Chicken Littles start screaming that the sky is falling.

I was reminded of this today when a friend pointed out that the president spent too much money flying to Florida last night, especially if it was just to make a stop at the local campaign headquarters. Instead, the argument went, Mr. Obama shouldn’t have left D.C. at all because the forecast for Hurricane Sandy was already dire, so why wait to cancel his stump speech until this morning? The truth is I really don’t know. I am not privy to Mr. Obama’s itinerary.  He could have had private business in Florida that made it necessary for him to be here. Another thing—I really don’t care. So what if Obama waited until today? A president can issue orders from wherever he or she is. He doesn’t need to be in Washington to declare a city or state a disaster area or to send out the National Guard. But that’s not really the issue, is it? No. Because even if President Obama had the magical power to dissipate the storm, there would still be people in the GOP complaining.

I’m sick of this. I’m sick of the Right finding nothing positive to say about our president. No matter what he does, it’s wrong. He could give Republicans  everything they ever wanted and it still wouldn’t matter. We would still hear cries of “commie,” “socialist,” “he’s not an American,” and on and on. The facts mean nothing. Why even bother to look them up when FOX News tells you every single report from any other source is a lie. That’s right. Every media outlet sans FOX is in on the conspiracy. I’m not exactly sure what the conspiracy is but they’re in on it.

Notice I haven’t “played the race card” yet. Well, allow me to shuffle my deck. Not every caucasian who votes for Mitt Romney is a racist. Not every white person who dislikes Obama is a racist. But make no mistake—racism has reared its ugly head in the four years of Mr. Obama’s presidency. People who aren’t racist don’t turn up at political rallies in white face. They don’t carry around signs that read “put the white back in the White House.” They don’t accuse honorable statesmen and decorated military officers like Colin Powell of endorsing the president  because both men are black as John Sununu did the other day.

The ugliness is astounding. And it’s gotten damn scary. Two weeks ago a stranger actually followed me home and confronted me in front of my house because I had an Obama 2012 bumper sticker on my car. He shouted and cursed at me from his truck before revving his engine multiple times and driving away. Would this guy have done that had the president been white? I seriously doubt it. And yes, I know there are Democrats who are stealing Romney signs from front yards and that’s rotten. But just once when I share my story with a member of the opposite party, I’d like to hear “I’m really sorry,” without the added, “but your side does it, too.” That kind of “back and forth” helps no one.

I’ll be glad when this election is over. Glad when I no longer see folks bragging about how many people they “unfriended” on Facebook over political differences. Glad when the name calling will at least settle down (I’m not naïve enough to think it will go away). But I’m worried. So worried about the United States. Because our states are anything but united and I don’t see that changing any time soon, no matter who wins the presidency. Over the weekend columnist Andrew Sullivan observed that we are in the midst of a cold Civil War. I agree. Except there’s nothing civil about it. 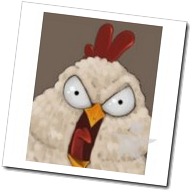 Appreciation Day,” turned into record sales for the fast food company. Supporters of the chain and its president, Dan Cathy, have also been flocking to Facebook to tout their love of all things chick-filleted. The thrust of their comments usually goes something like this: “I just ate at Chick-Fil-A and stood up for Christian values and freedom of speech.”

Well, bully for you.  But you just don’t get it.

The outcry over Cathy’s stance against gay marriage isn’t about freedom of speech. Cathy can say whatever he likes about the issue. That’s his constitutional right. If he finds gay marriage abhorrent due to his religious beliefs, he has the freedom to express that opinion.  And while I find his take on homosexuality troubling, it’s not nearly as troubling as the hoards of people who felt driven to rush out and buy a sandwich to show their support for a homophobe. Because let’s face it—that’s what this was all about. It wasn’t, as Mike Huckabee said, an effort to defend a business from Americans who “don’t like [Christian] voices.” Absurd. Travel a mile in any direction in this country and you’ll find a Christian church. America is predominately made up of Christians, so don’t give me this bullshit about how poor Christians are being oppressed.

However, Huckabee’s words bring up an interesting point. Just what is the Christian voice? The long held view, that same sex marriage is a sin, is changing. The Episcopal Church has approved blessings for same sex couples. The Presbyterian Church U.S.A. has allowed openly gay men and women in same sex relationships to become ordained ministers. I am not suggesting that these decisions have been easy to make–the differences of theological interpretation on homosexuality have split apart the Episcopal and Presbyterian Churches.  Fundamentalist congregants believe that homosexuality is a sin in the same way the Vatican does, in the same way Dan Cathy does. But these differences of biblical interpretation reflect that there is no Christian “party line.” There are many Christian viewpoints, depending on the denomination, the church, or the individual you ask.

Listening to Cathy say that he hopes God will have mercy on those who “have the audacity to define what marriage is all about,” you would think his is the only true Christianity despite a variety of Christian attitudes on the subject. Seems to me Cathy’s pretty audacious in making that claim. Just who does he think he is, anyway? God?

When someone places himself (or herself) upon a pedestal of piety, looking down on all of those who don’t believe the same way, he’s asking for criticism. And that’s what Cathy got. Gay rights groups spoke out about his judgmental views and they had every right to do so. Just as they have every right to boycott Chick Fil-A because they don’t want to support a company who is anti-gay and donates money to hate groups like the Family Research Council.

Hate. That’s the crux of this issue. Ask yourself: do you really think that all those people who stood in line at Chick-Fil-A to show their “appreciation” would have done so had the tables been turned? If it was the gay community showing its support because Cathy endorsed gay marriage? No way.  What we have are sections of America so repelled by homosexuality that they will band together in greasy fast food franchises for some sort of perverse communion to make themselves feel better about their prejudices.

A friend of mine wondered how all the gay children, whose parents attended the chicken party, might feel. Good question. Not a great message of compassion, is it?  In fact, Chick-Fil-A Appreciation Day was a downright cruel and unfeeling demonstration, showing not a whit of caring for anyone who might face the challenge of being gay in such an unwelcoming environment.

And what about that guy these so-called Christians all claim to follow? Who told us to love one another? Had he been around, I have a hunch he would have bypassed Chick-Fil-A and gone for sushi.

You  say you don’t agree with President Obama’s policies? Fine. But taking the leap from “I don’t agree, “ to “he’s a moron,” is laughable in Mr. Obama’s case. His credentials aside, listen to the president respond to questions during his news conferences—it’s clear he’s a deep and careful thinker. But I guess to some, that’s a bad thing, too. “He sounds like a college professor,” his critics shout, “and he’s boring!” Well, how terrible to sound like a professor. A scholar.  Like someone who actually taught constitutional law at the University of Chicago Law School.

We’re living in a screwy political landscape these days. Where both Republicans and Democrats hurl nasty insults at each other on countless newspaper, magazine and personal blogs. Where popular Tea Party figures like Sarah Palin seem to revel in their lack of knowledge and abundance of ignorance. You may agree with what Palin believes but that no more qualifies her to be president than my next door neighbor. Same goes for Michele Bachmann, who is coming to be known more for her anti-gay stance, creepy dominionist delusions and nutty policy ideas (axing the federal minimum wage will eliminate unemployment? Really?) than for the substance one looks for in a presidential contender. Ditto Texas Governor Rick Perry whose cozy relationship with fundamentalist Christians is creating cause for concern among those who prefer to keep religion separate from politics, you know, like our founding fathers did.

Yes, it’s a scary world when would-be presidents avoid giving interviews to any media outlets other than Fox “News,” where they can rest assured their egos will be wrapped in swaddling clothes. God forbid, they should have to provide a few hard facts or engage in any  rational discussion. Not when they can go for easy ad hominem attacks. But that’s the point, isn’t it? Keeping things easy. Critical thinking is much harder. Not many are willing to do it. But President Obama is and like him or not, that’s what he does—think critically. To continue to label him “dumb” is absurd.

It’s a sad thing not to recognize foolishness. It’s another thing to be proud of it.